Mr Uwais Iqbal completed his BSc in Physics with Theoretical Physics at Imperial College London. His BSc project involved applying and extending traditional network centrality measures for use on citation networks. He is now continuing on to an MSc in Physics, during which he hopes to focus on and specialise in theoretical physics. In his spare time, Mr Iqbal is a passionate software developer, and has developed his own Android apps, which have received thousands of downloads to date. 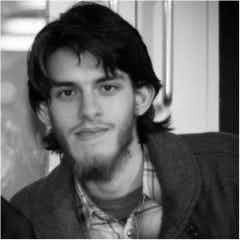