John Biggins talks about how he solved the mystery of the chain fountain, in which a chain spontaneously leaps up as it flows out of a jar.

BBC science presenter Steve Mould bought a 50m long chain as a prop and stored it in a jar. To his surprise, he found that if he dangled the end of the chain over the rim of the jar, the entire chain would spontaneously flow down to a pile on the floor. More surprisingly, it leapt up in a sustained arc above the jar. Mould made a video of his chain which went viral on YouTube. But despite millions of views and much speculation in illustrious physics departments around the world, no one could explain why the chain rises above the jar.

In this talk, John Biggins explains how he and Mark Warner solved the mystery of the leaping chain. To do so, he first revisits and repairs textbook notions about how chains are picked up from surfaces. He shows that a chain fountain spontaneously forms in the shape of an upside-down catenary, that is, the inversion of the shape of a hanging chain. This is the optimal shape for an arch of perfect compression and has been used by architects and engineers from Hooke and Wren to Gaudi. But the chain fountain is a new structure: an arch of perfect tension stabilized by motion. 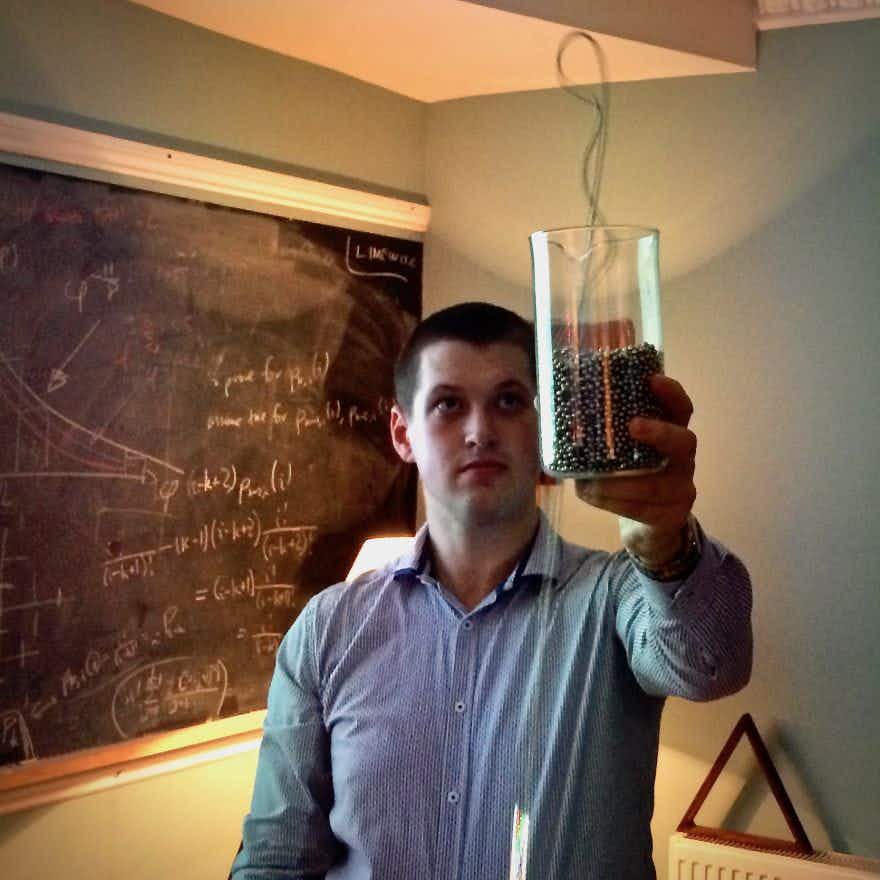 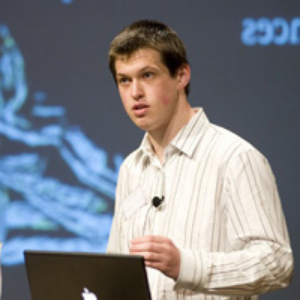 John Biggins is a physicist and lecturer in engineering at Cambridge University and a Fellow of Corpus Christi College. He studied at Cambridge and did his PhD between Cambridge and Caltech before winning an 1851 Research Fellowship, which he spent at Harvard. On returning to Cambridge he was a research fellow at Trinity Hall and an early career lecturer at the Cavendish Laboratory. Dr Biggin’s research centers on the theory of mechanical instabilities, such as buckling, wrinkling and folding, and an exciting new category of artificial muscle known as liquid-crystal elastomers. He has also published in a range of other fields, including plasmonics, embryology and the mechanics of chains.