The Institute’s Christmas card includes one side to the Möbius strip, five exceptional Lie groups and eight basis vectors of the octonians.

Some numbers are more interesting than others. For instance, 6 is the first perfect number, meaning that it is the first number equal to the sum of its proper divisors. When G. H. Hardy suggested the number 1729 of the taxi he had ridden was dull, Ramanujan set him straight, noting it is the smallest number that is the sum of two cubes in two ways. The Penguin Dictionary of Curious and Interesting Numbers lists 51 as the “first uninteresting number”—paradoxically making it notable. A more concrete definition of uninterestingness is the smallest integer not to appear in any entry of the On-Line Encyclopedia of Integer Sequences: 17,843 at the time of writing.

The London Institute’s Christmas card gives a mathematical interpretation of “The Twelve Days of Christmas”. Remarkable properties of the numbers 1 to 12 are described and illustrated, from 1 side to the Möbius strip to 5 exceptional Lie groups and beyond. The card was parametrically drawn by Robert Farr and written by Thomas Fink. It was sent to everyone who has supported us over the past year. We’re grateful for all your help and encouragement. 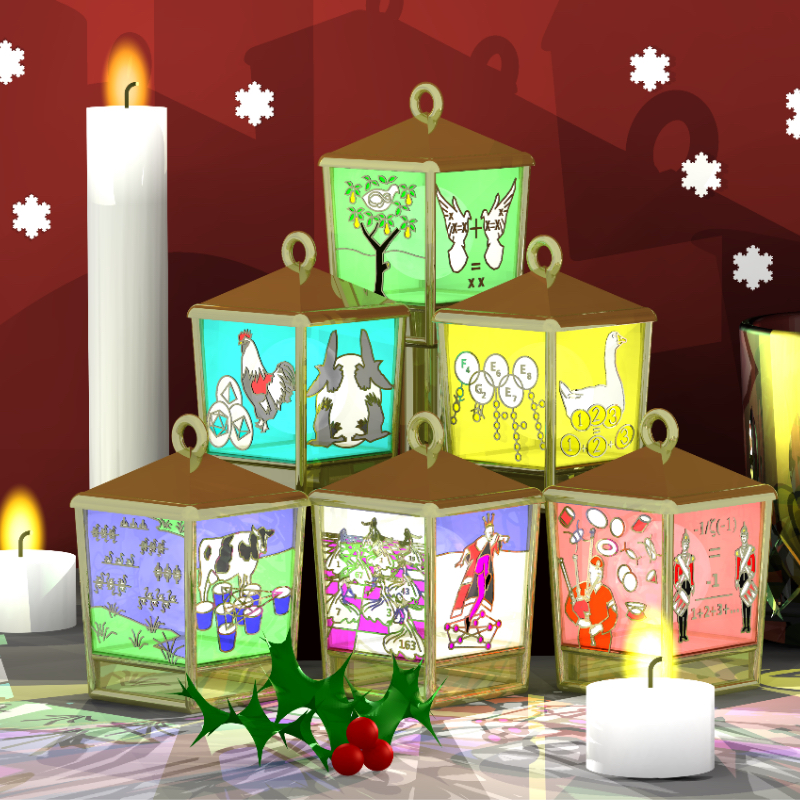