Our entrance hall floor is a Penrose tiling, an aperiodic crystal that never repeats, made from white Carrara marble and black obsidian.

When tiles can be arranged to cover the plane without gaps or overlaps, they are said to tile the plane. It was thought that all tiles which can tile the plane can do so periodically, meaning that the tiling could be rebuilt by translating a finite region of it. However, in the 1960s it was discovered that certain sets of tiles must tile the plane in an aperiodic way: the pattern never repeats, even out to infinity. The original such set comprised 20,426 different types of tile, but this number was whittled down until mathematician Roger Penrose discovered his two-tile set.

The London Institute entrance hall is tiled with white Carrara marble and black obsidian in the shape of Penrose tiles. Not shown is a set of edge-matching rules in the form of two positive and negative notches per tile. The Penrose tiling has approximate five-fold rotational symmetry, like a pentagon; and although it never repeats when translated, similar patterns occur at larger and larger scales as the tiling is built out. This symmetry-on-magnification is a theme in several research projects at the Institute, and leads to the concept of fractal dimension. 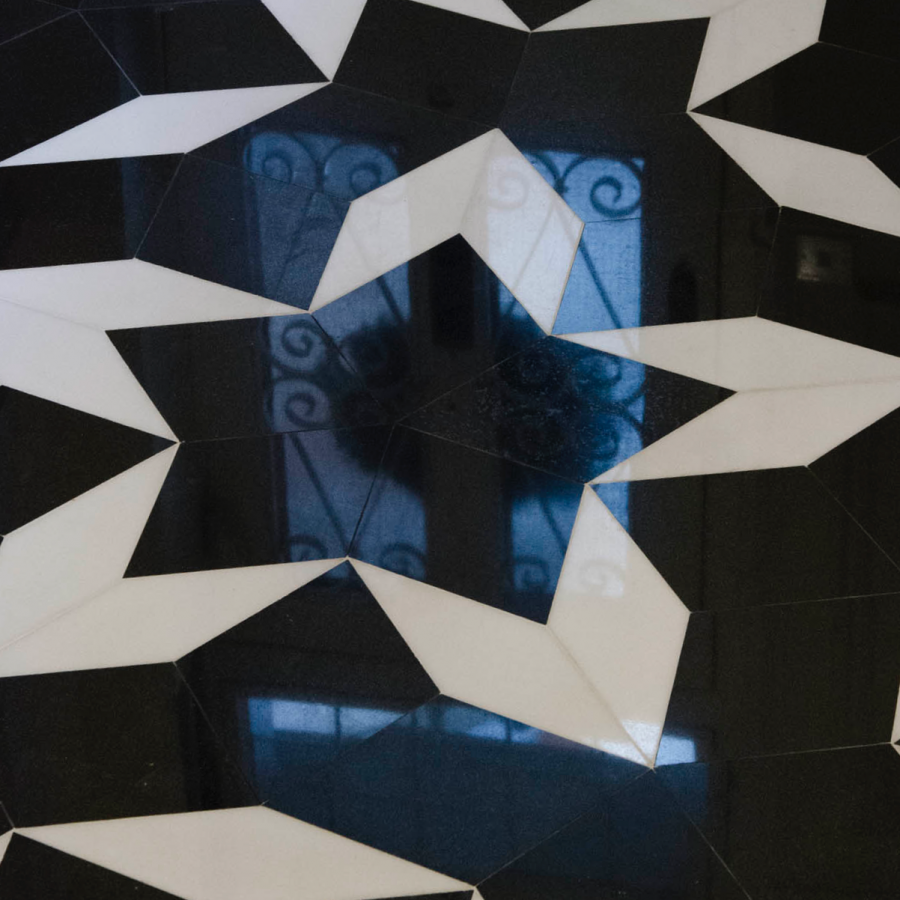