Measuring the intangibles: a metric for the economic complexity of countries and products 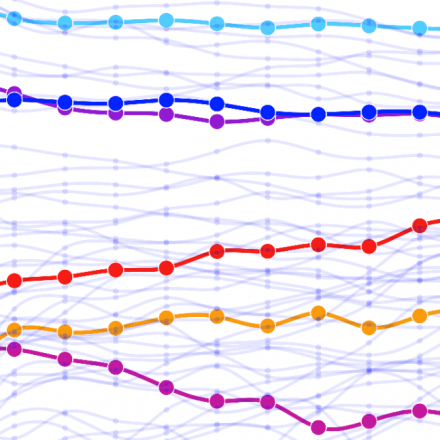 We present a framework to define a data-driven metrics to assess the level of competitiveness of a country.

We investigate a recent methodology we have proposed to extract valuable information on the competitiveness of countries and complexity of products from trade data. Standard economic theories predict a high level of specialization of countries in specific industrial sectors. However, a direct analysis of the official databases of exported products by all countries shows that the actual situation is very different. Countries commonly considered as developed ones are extremely diversified, exporting a large variety of products from very simple to very complex. At the same time countries generally considered as less developed export only the products also exported by the majority of countries. This situation calls for the introduction of a non-monetary and non-income-based measure for country economy complexity which uncovers the hidden potential for development and growth. The statistical approach we present here consists of coupled non-linear maps relating the competitiveness/fitness of countries to the complexity of their products. The fixed point of this transformation defines a metrics for the fitness of countries and the complexity of products. We argue that the key point to properly extract the economic information is the non-linearity of the map which is necessary to bound the complexity of products by the fitness of the less competitive countries exporting them. We present a detailed comparison of the results of this approach directly with those of the Method of Reflections by Hidalgo and Hausmann, showing the better performance of our method and a more solid economic, scientific and consistent foundation.