Mean grain diameters from thin sections: matching the average to the problem

Moment-based methods provide a simple way to describe a population of spherical particles and extract 3d information from 2d measurements. 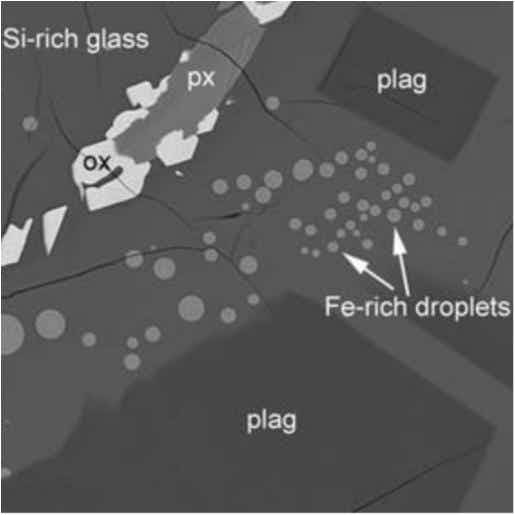 It is common practice to estimate a mean diameter for spherical or sub-spherical particles or vesicles in a rock by multiplying the average diameter of the approximately circular cross-sections visible in thin section by a factor of 1.273. This number-weighted average may be dominated by the hard-to-measure fine tail of the size distribution, and is unlikely to be representative of the average particle diameter of greatest interest for a wide range of geological problems or processes. Average particle size can be quantified in a variety of ways, based on the mass or surface area of the particles, and here we provide exact relations of these different average measures to straightforward measurements possible in thin section, including an analysis of how many particles to measure to achieve a desired level of uncertainty. The use of average particle diameter is illustrated firstly with a consideration of the accumulation of olivine phenocrysts on the floor of the 135 m thick picrodolerite/crinanite unit of the Shiant Isles Main Sill. We show that the 45 m thick crystal pile on the sill floor could have formed by crystal settling within about a year. The second geological example is provided by an analysis of the sizes of exsolved Fe-rich droplets during unmixing of a basaltic melt in a suite of experimental charges. We show that the size distribution cannot be explained by sudden nucleation, followed by either Ostwald ripening or Brownian coalescence. We deduce that a continuous process of droplet nucleation during cooling is likely to have occurred.