Percolation theory shows that the formation of giant clusters of neurons relies on a few parameters that could be measured experimentally. 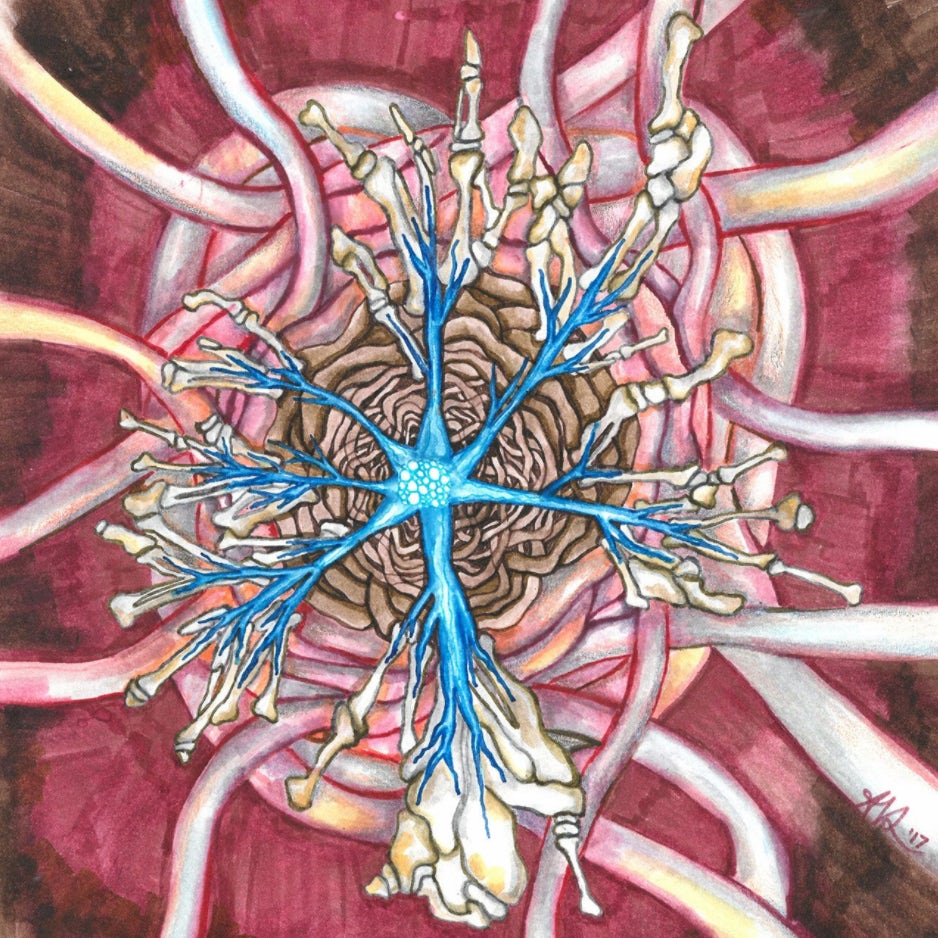 We propose a continuum model of percolation in two dimensions for overlapping disks with spin. In this model the existence of bonds is determined by the distance between the centers of the disks, and by the scalar product of the (randomly) directed spin with the direction of the vector connecting the centers of neighboring disks. The direction of a single spin is controlled by a 'temperature', representing the amount of polarization of the spins in the direction of an external field. Our model is inspired by biological neuronal networks and aims to characterize their topological properties when axonal guidance plays a major role. We numerically study the phase diagram of the model observing the emergence of a giant strongly connected component, representing the portion of neurons that are causally connected. We provide strong evidence that the critical exponents depend on the temperature.