Frontier of large cascades evolution of the e-MID market in the period between January 1999 and January 2011. 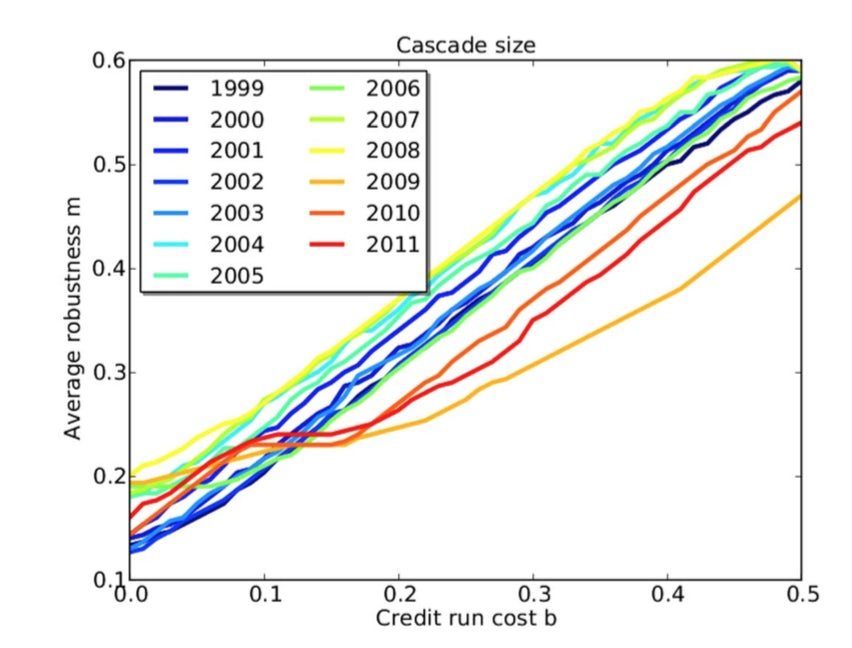 The recent crisis has brought to the fore a crucial question that remains still open: what would be the optimal architecture of financial systems? We investigate the stability of several benchmark topologies in a simple default cascading dynamics in bank networks. We analyze the interplay of several crucial drivers, i.e., network topology, banks' capital ratios, market illiquidity, and random vs targeted shocks. We find that, in general, topology matters only--but substantially--when the market is illiquid. No single topology is always superior to others. In particular, scale-free networks can be both more robust and more fragile than homogeneous architectures. This finding has important policy implications. We also apply our methodology to a comprehensive dataset of an interbank market from 1999 to 2011.