In bootstrap percolation, a node is infected when a sufficient number of neighbours are infected. 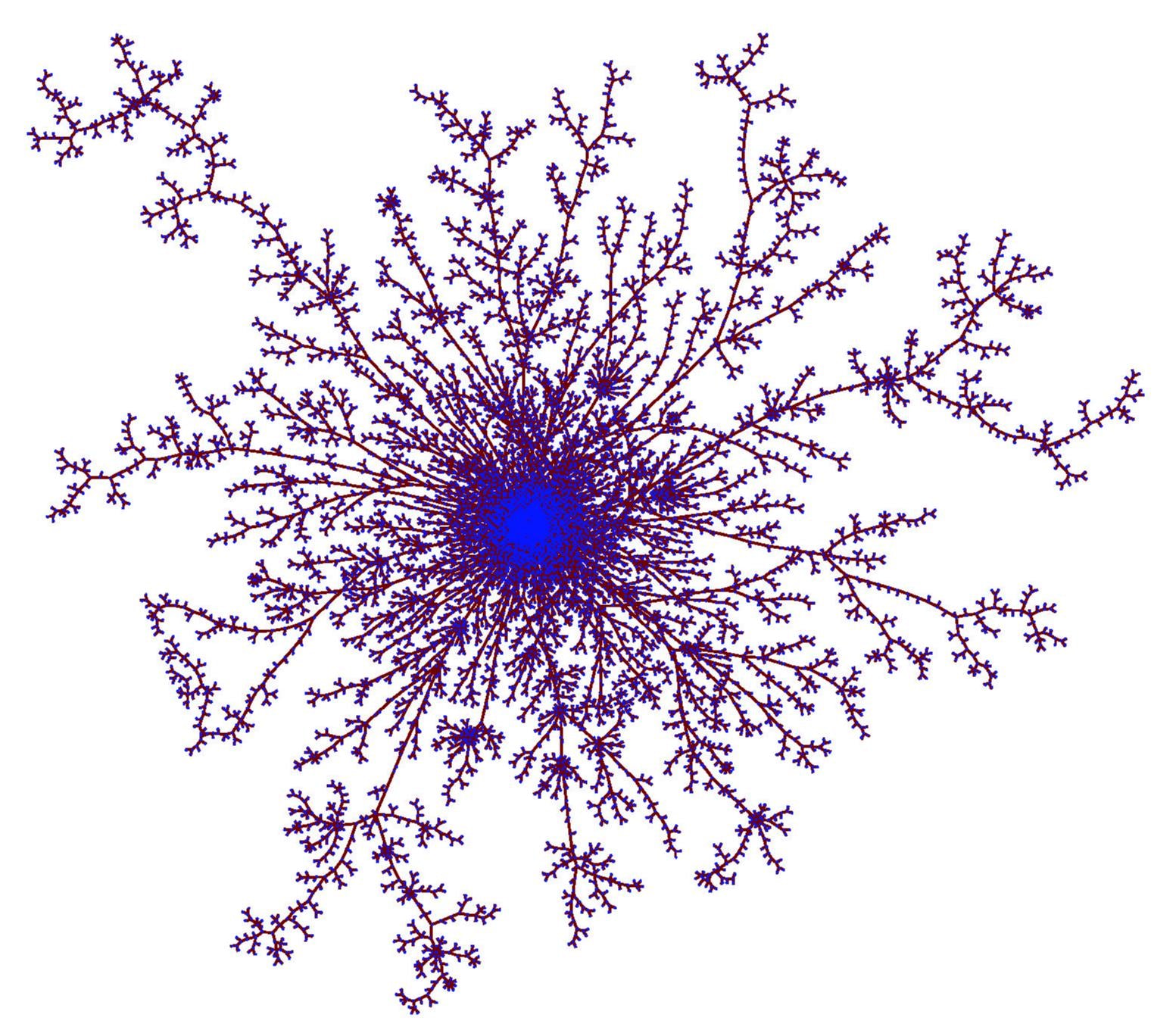 Bootstrap percolation is a type of cellular automaton which has been used to model various physical phenomena, such as ferromagnetism. For each natural number r, the r-neighbour bootstrap process is an update rule for vertices of a graph in one of two states: ‘infected’ or ‘healthy’. In consecutive rounds, each healthy vertex with at least r infected neighbours becomes itself infected. Percolation is said to occur if every vertex is eventually infected. Usually, the starting set of infected vertices is chosen at random, with all vertices initially infected independently with probability p. In that case, given a graph G and infection threshold r, a quantity of interest is the critical probability, pc(G, r), at which percolation becomes likely to occur. In this paper, we look at infinite trees and, answering a problem posed by Balogh, Peres and Pete, we show that for any b ≥ r and for any  > 0 there exists a tree T with branching number br(T) = b and critical probability pc(T, r) < . However, this is false if we limit ourselves to the well-studied family of Galton–Watson trees. We show that for every r ≥ 2 there exists a constant cr > 0 such that if T is a Galton–Watson tree with branching number br(T) = b ≥ r then pc > f(b,cr, r). We also show that this bound is sharp up to a factor of O(b) by giving an explicit family of Galton–Watson trees with critical probability bounded from above by some constant Cr > 0.