Basic science—the kind done without consideration of how useful it might be—has the biggest impact, but the government needs to protect it.

I’m a Texan as well as a physicist so I hope it doesn’t sound boosterish if I say that no nation has contributed more to basic science than Britain. No other country has such an uncanny aptitude for it. I’m not sure what combination of poetry and pragmatism makes this possible, but I don’t need to go far to find evidence. A few streets from where I work in Mayfair lies the Royal Institution, which earned more Nobel prizes in science than all of Russia.

Or consider Newton, Darwin, Faraday, Maxwell, Rutherford, Hardy, Dirac, Fleming, Crick, Higgs, Hawking and Wiles. All are bywords for British originality. They have something else in common: none was concerned about the utility of their work.

I’m talking about basic science, also known as curiosity-driven research: the kind done without consideration of how useful it might be. Time and again, research of this kind leads to the most far-reaching breakthroughs. In his memoir A Mathematician’s Apology, G.H. Hardy singled out his own expertise of number theory as one of particular uselessness. Yet the following year, it helped break the German Enigma codes. When Watson and Crick discovered the structure of DNA, they were unaware of the potential for DNA profiling or genetic modification. But that didn’t stop them raising a glass in a Cambridge pub and declaring that they had ‘found the secret of life’.

One institution that has turned a blind eye to the benefits of basic science is the European Union. Horizon 2020, the EU’s research funding agency, mainly supports outcome-led investigations tied to political aims. To decide which projects to fund, applicants are required to predict the impact of their research. This is putting the cart before the horse. They are seeking the applications of patterns that have yet to be spotted.

Britain now has the chance to take a different approach. The signs are promising: the Budget on Wednesday pledged to increase investment in research and development to £22 billion a year including £800 million for a new ‘blue-skies funding’ agency modelled on Arpa in the US. There will also be an extra £300 million for the mathematical sciences, and it is also dropping the requirement that applicants must predict the impact of their research — a clear nod to basic research.

To make sense of the puzzling power of basic science, consider the nature of scientists. They aren’t motivated by altruism, or even a devotion to technological progress. Rather, they have a tremendous gift for spotting and describing patterns. The universe is rich in patterns, and mathematics is the language for describing them. Only after they have been identified can these patterns be harnessed to solve problems, usually in the form of technology. For example, Newton’s laws of motion led to accurate ballistics. Characterising the intricate distribution of the primes paved the way for modern encryption. The appreciation of quantum entanglement has taken us to the foothills of quantum computing.

Basic science is the process of describing patterns. Applied science harnesses them to address fundamental human needs. It sounds obvious to say that patterns must be described before they can be exploited, but this is not always understood. Many governments and funding agencies look for novel solutions to pressing problems without investing in finding the patterns that will solve them. The trouble is, we never know which patterns will crack which problems, so we must continually invest in the expansion of our pattern repertoire.

Given that basic science is the primary transforming agent of progress, why do scientists struggle to find funding for it? In part, this is down to short electoral cycles and the time required to do research. Leaders are re-elected on the back of what they have delivered, not the fruits of fundamental research seeded while in office. Another reason is that basic science is hard to monetise directly. You cannot patent the Higgs boson or the proof of Fermat’s last theorem.

But there are significant soft-power benefits. Britain’s universities are the envy of the world in part because they have housed so many scientific luminaries. Talented researchers come here to study and some, like myself, end up staying. Scientific superiority is also a cornerstone of defence. This is why American defence agencies invest so much government money in basic science.

There’s far more the UK government could do. First, we need more basic science done outside universities. America has its national labs and many private research centres. But Britain has an unusually thin ecosystem of research organisations. Of the last £5.4 billion spent by the Engineering and Physical Sciences Research Council, 98 per cent went to universities. Indeed, the only private institute in the physical sciences allowed to compete for state funding is the London Institute for Mathematical Sciences, which I founded almost a decade ago.

Second, we need to let scientists focus more on carrying out research and less on trying to fund it. A fundamental problem at the heart of competitive grant schemes is that the opportunity cost of writing and judging so many failures can be comparable to the value of the grant itself. Proven researchers should receive a guaranteed amount of project funding per year, which can be topped up by applying for research grants as required.

Third, we need to fund new ideas faster. It currently takes a year for the Research Councils to assess a project and deliver funds, but since only one in four projects actually gets funded, years can pass before a scientist gets a new project up and running — by which time the curiosity impulse may have died. The Research Councils should assess projects and deliver funds within two months, not a year.

It’s often asked how Britain can compete after Brexit. Meet the question with a question: what does this country do better than anyone else? Take it from an American, the answer is basic science. This new, science-minded government, freed from the constraints of EU membership, faces a once-in-a-lifetime opportunity. By reimagining how to fund and organise British science, it will enable our scientists to do what they do best: make fundamental discoveries.

Dr Thomas Fink is the director of the London Institute for Mathematical Sciences. 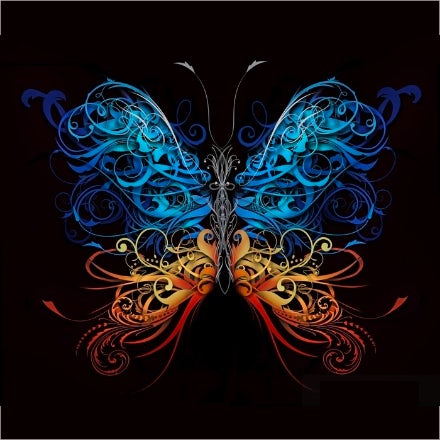